Mer is an open source GNU/Linux operating system designed for mobile devices. Sailfish OS, the operating system that Jolla develops for smartphones, is probably the most popular operating system based on Mer (which isn’t really saying very much). And the two projects have been closely intertwined from the get go.

So it’s not exactly a huge surprise that Jolla and Mer have announced that they’re merging Mer and Sailfish OS.

What does this mean for users? Not much really. On the back end, some changes will be made to servers, and users and developers may want to create some new accounts.

But the most interesting thing about the two projects merging is that it represents the latest in a long line of twists and turns in an open source operating system aimed at mobile devices. 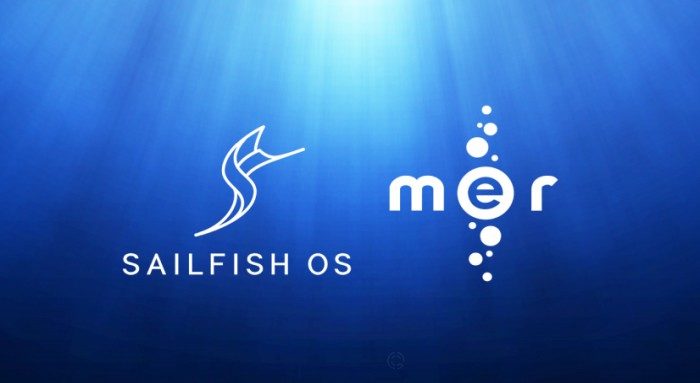 The Mer Project was founded in 2011 and it was basically a community-based continuation of MeeGo, another open source operating system that had just been abandoned by its primary backers, Intel, Nokia, and the Linux Foundation.

Until its demise, MeeGo was supposed to be a versatile, Linux-based operating system that could be used across a range of devices including netbooks, smartphones, tablets, smart TVs and in-vehicle systems. The Linux Foundation canceled the project after a few years and instead decided to focus on Tizen… which is still around, but it’s primarily used by Samsung for smart TVs, smartwatches, and a few budget smartphones.

MeeGo itself wasn’t actually around all that long — the initial release came in 2010 and the final release was pushed out just over two years later.

But MeeGo’s roots go back a bit further than that. It was born when developers brought together Moblin (a netbook operating system developed by Intel and the Linux Foundation) and Maemo (a smartphone OS developed by Nokia).

All of which is to say, Mer and Sailfish have some deep history behind them.

While we’re still waiting for a smartphone maker to deliver a modern phone that ships with a GNU/Linux operating system that can be used to run mobile applications and desktop software, Nokia shipped one way back in 2009!