A year after raising half a million dollars to bring a camera that can record your life in 4000 pictures a day, the developers of the Memoto lifelogger are ready to launch their tiny wearable camera. It just won’t be called the Memoto. 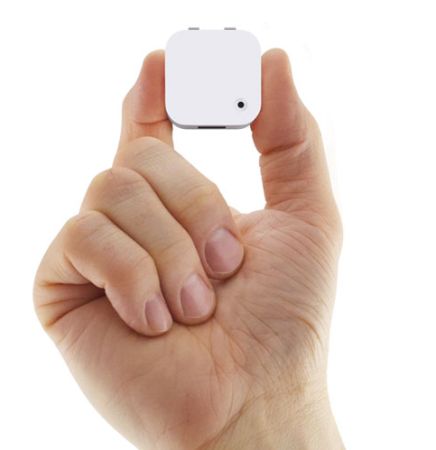 Narrative says the first units will be sent to folks who backed the company’s Kickstarter campaign starting on November 1st. Customers who pre-order one now for $279 are next in line.

That’s about half a year later than planned, but at least the device is finally getting ready to ship. Narrative has also raised $3 million in venture capital to transition the camera from a prototype to a real product.

The narrative Clip is about an inch square, and it has a 5MP camera that will take pictures every 30 seconds when you’re wearing it. It has a GPS receiver and will attach location info to every image it takes.

The idea is to create a record of your life including where you were and a picture of what you were looking at (or standing near). Many of the pictures will probably be shots of the back of someone’s head, walls, and other boring subjects. But if you can’t remember who was at that meeting you were at last week, where you went for lunch two months ago, or where you were on the night of the murder, the Narrative Clip might be able to help.

You’ll be able to browse your photos using an app on your mobile phone. Cloud storage for all of your photos is free for a year when you buy a Clip, but after the first year it cost $9 per month.