Mele’s $200 PC-on-a-stick with an Intel Apollo Lake processor just went on sale last month, but the company is already promising to deliver a new model in a few months.

The Mele PCG02 GML3 is basically the same size and shape as the current model, and like its predecessor, it’ll be a fanless computer. But the new model will come with a newer Intel Gemini Lake processor, which should bring improved video and graphics features as well as a slight boost in CPU performance.

Notebook Italia met up with Mele at the Hong Kong Sourcing Fair, and reports that the new models should hit the streets in June for around $180 and up. 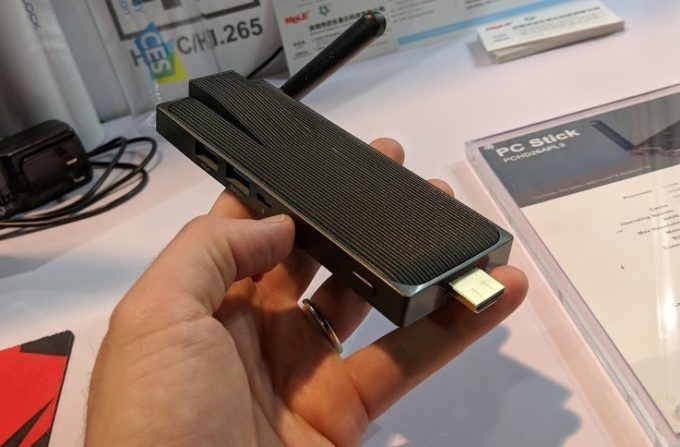 Both are 6 watt processors aimed at low-cost, low-power devices. But they do add support for features including HDMI 2.0 and 10-bit HEVC and VP9 video decoding. That could make the Gemini Lake PCG02 a slightly better fit for digital signage/display applications or home media center use.

According to Notebook Italia, Mele plans to offer PCG02 GML3 models with between 2GB and 6GB of LPDDR3 memory. All models are expected to ship with 32GB of eMMC storage.

Other features include a microSD card reader, two USB TYpe-A ports, a micro USB port, a 3.5mm audio jack, and a Gigabit Ethernet port as well as support for 802.11ac WiFi and Bluetooth 4.0.

The PCG02 GML will likely be available from Mele’s AliExpress store when it goes on sale in June. If you don’t want to wait, you can always pick up the Apollo Lake model, which is currently selling for about $180 and up.