Chinese device maker is showcasing some of its latest products at the Consumer Electronics Show, including TV boxes running Android software and tiny desktop computers that run Windows 10.

But the company is also outlining its product roadmap for the next half year, and it includes a new set of small, fanless computers with Intel Apollo Lake and Kaby Lake processors. 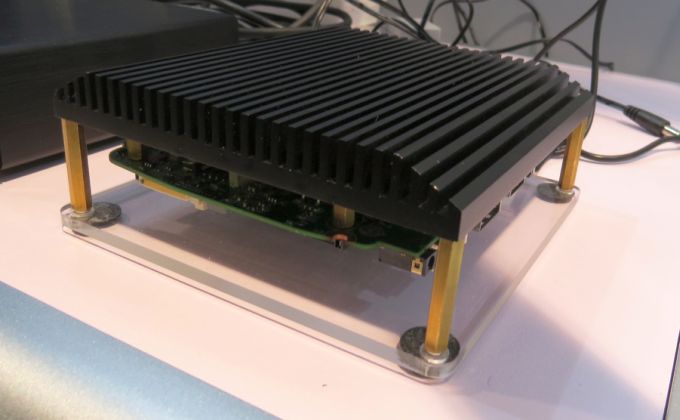 In the first quarter of 2017, the company plans to release passively-cooled computers with 6 watt Apollo Lake chips such as the Celeron N3350, Celeron N3450, Pentium N4200, and Pentium N4205.

At least some models are expected to be PC stick-shaped devices that look like oversized USB flash drives that you can plug directly into the HDMI port of a display.

By this summer, we should also see compact desktops that look more like an Intel NUC. These models will feature 15 watt, dual-core Intel Core i3, Core i5, or Core i7 Kaby Lake processors, and passive cooling thanks to cases with built-in heat dissipation.

While Mele is a Chinese manufacturer, the company says it sells most of its devices in the US and Europe, where they’re purchased primarily by business customers for digital signage and other applications where a small, quiet computer are handy. But Mele also sees demand from consumers interested in compact computers for productivity or entertainment.

Like Intel’s NUC systems, Mele’s most powerful desktops are still using laptop-class processors. But laptop chips have gotten pretty good in recent years, and the upcoming Kaby Lake systems should have no problem driving 4K displays or even handling some light gaming. They should be more than capable of handling office, accounting, or point of sales duties.