The Raspberry Pi folks have been getting a lot of attention for their $35 PC with an ARM-based processor and support for some open source software. But as the cost of computer components continues to drop, the Raspberry Pi is hardly the only inexpensive PC capable of running Linux.

The Mele A1000 is a system that sells for $70 and up and which features a number of components that the Raspberry Pi lacks — including a SATA port, a case, and a faster processor. 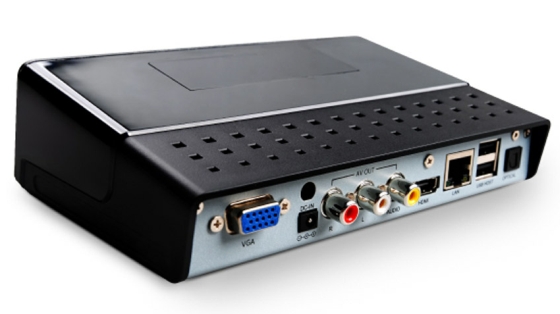 Powered by a 1 GHz Allwinner A10 ARM Cortex-A8 processor, the Mele A1000 should be noticeably faster than the Raspberry Pi, which has a 700 MHz ARM11 chip.

While the Mele A1000 is described as a TV box, it’s basically a little ARM-based computer with HDMI, VGA, USB, and Ethernet ports, as well as support for an external SATA hard drive.

Ali Express is selling the box for $70 plus shipping, or you can spend $100 to get a version from DealExtreme with a remote control, external hard drive cover, and Android 2.3 software.

Now for the most interesting part (if you happen to be a free software enthusiast): The folks at Rhombus Tech have been working on a free and open source platform based around the Allwinner A10 chip.

The project is entirely GPL compliant, and the goal is to work with a Chinese company to produce a PCMCIA-sized computer which is capable of running Linux-based software without any proprietary, closed source drivers. Rhombus Tech hopes the platform can be used in all sorts of devices including tablets, notebooks, desktop PCs, and in-car systems. Theoretically the price could be as low as $15 per unit… assuming an order size of 100,000. Right now the cost is higher.

But thanks to the efforts of the folks at Rhombus Tech, developers have access to all the drivers needed to make use of any device with the Allwinner A10 processor, and that includes the Mele A1000.

Some folks have already started to port Ubuntu Linux to run on the set-top-box.

With a little more work, it’s not hard to imagine the Mele 1000 becoming a $100 desktop PC running Ubuntu or another Linux distribition, or a media center PC capable of running the new Ubuntu TV software.