Chinese device maker Meizu is preparing to launch one of its first products for the US market. But it’s not one of the company’s inexpensive high-quality smartphones. It’s a wireless speaker called Gravity.

Meizu expects to begin shipping the speaker in December, and you can reserve one for $169 and up through the company’s crowdfunding campaign on Indiegogo. 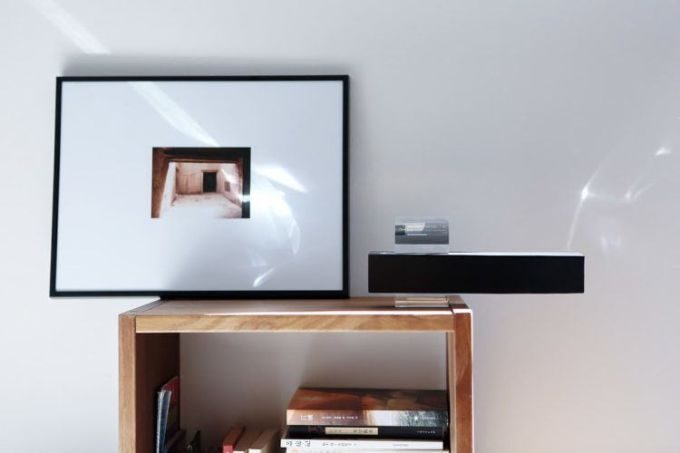 Most crowdfunding projects are aimed at raising money to actually take a project from concept or prototype to a real, shipping product. But Meizu doesn’t really need the money. Instead, the company is using the Indiegogo campaign to raise awareness of its speaker and get feedback from potential customers.

The Meizu Gravity is eventually expected to sell for $249, but early backers can try to reserve one of a limited number for a lower price.

The speaker gets the name because it’s designed to look like it defies gravity by floating… but that’s really just due to a clear plastic base.

The unusual design might help the product stand apart from wireless speakers from Sonos, Bose, and others. And the speaker should offer decent sound, due to Meizu’s partnership with Swedish audio company Dirac.

So why is Meizu’s first product for the US a speaker and not a phone? The company has been making audio products for a long time, and got its start with MP3 players, not smartphones. But wireless speakers with multi-room capabilities are more popular in the US than in Meizu’s home country of China, so the Gravity will be available in the United States before China.

As for phones, right now a Meizu official tells Engadget that the company doesn’t feel its feel its phones would stand out enough in the US market. Maybe if Meizu has some success building some name recognition with its speaker, it could pave the way for the company to launch other products for North America.