So there’s good new and bad news for folks that like the way Chinese phone maker Meizu designs its smartphones, but don’t like the Flyme OS user interface that the company slaps on top of Android.

The good news is that Meizu plans to launch an Android Go edition smartphone, which means it’ll have entry-level specs and near-stock Android software.

The bad news is that it probably won’t be available in the US. Admittedly, that’s only a problem if you happen to live in the US, like I do. 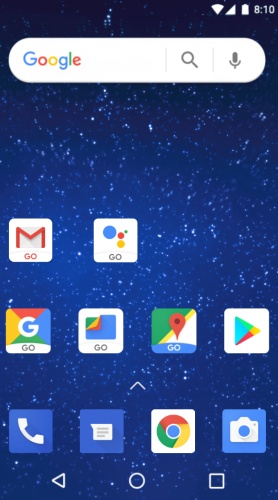 While the lack of US availability isn’t a big surprise, since the company hasn’t released a phone in the US market yet, it is a bit disappointing… and it’s also not likely to change anytime soon.

Android Headlines reports that Meizu doesn’t have any plans to try to break into the US market at a time when the government is making things difficult for other Chinese phone makers including Huawei and ZTE as well as Broadcom (which is based in Singapore). If that climate changes in the future, maybe Meizu will revisit the idea.

Anyway, if you aren’t in the US (or don’t mind importing a foreign phone for use in the US), it sounds like you’ll be able to get your hands on a Meizu phone without Flyme OS software sometime in the future.

There’s no word on a launch date, specs, or pricing though. So temper your expectations.