Two Chinese companies unveiled smartphones with no ports or buttons last week, and now you can put down some money to buy one. The Meizu Zero is up for pre-order through a crowdfunding campaign on Indiegogo.

Before you pull out your wallet though, there are a few things you should know.

First, this phone is expensive: you’ll have to pledge $1299 to reserve one. Second, it won’t ship until April. And third, it will likely have limited support for US cellular networks. 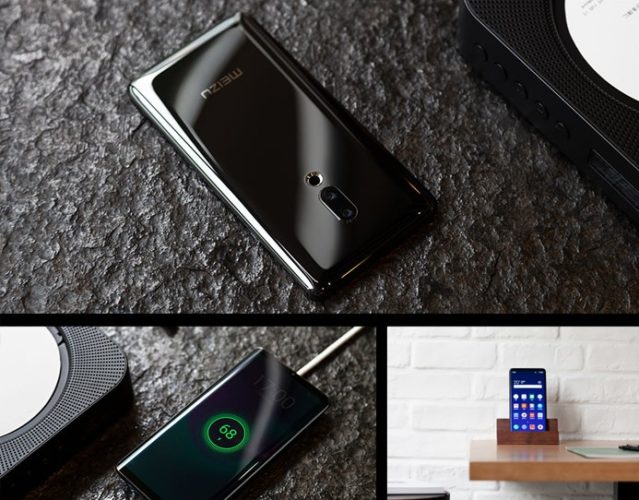 If you’ve still got your heart set on being the first kid on your block with a smartphone that has no ports or holes, here’s what you need to know about the Meizu Zero.

It has a ceramic unibody back and a glass front. Since there are no physical buttons, the sides are touch-sensitive, allowing you to use virtual power and volume buttons. Meizu says you’ll also feel haptic feedback when you press one of those “buttons.”

Since there’s no USB port, the phone relies on a fast wireless charger for refueling the battery and wireless connections for data transfer.

The company went for a high screen-to-body ratio in part by using an in-display fingerprint sensor (so there’s no home button below the screen) and by using screen vibration for the speaker and earpiece functions (so there’s no speaker grille at the top of the screen).

Meizu hasn’t revealed all of the phone’s specs yet, but we know it’s expected to have a Qualcomm Snapdragon 845 processor, a 6 inch AMOLED display, dual rear cameras (12MP + 20MP) and a 20MP front-facing camera that’s squeezed into the small top bezel.

I always get a headache trying to figure out which wireless networks a phone supports by looking at network band specs, but as far as I can tell the Meizu Zero seems to be missing a bands commonly used by North American carriers.