Chinese phone maker Meizu’s latest premium smartphone has a big screen, a USB Type-C connector, support for up to 4GB of RAM and up to 64GB of storage, and a 21MP primary camera.

But while many flagship phones this year feature Qualcomm or MediaTek processors, the Meizu Pro 5 uses the same Exynos processor as the Samsung Galaxy S6. 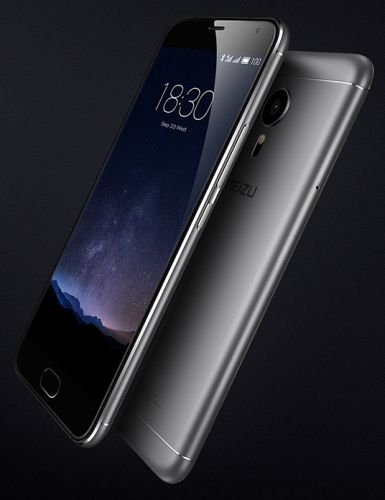 Meizu says its phone actually outperforms the Samsung Galaxy S6 in benchmarks, which may be due to the fact the Samsung’s phone has a 2560 x 1440 pixel display while the Meizu Pro 5 has a lower-resolution 1920 x 1080 pixel display. The processor doesn’t have to work quite as hard to push pixels to every corner of the screen.

Other features of the Meizu Pro 5 include an AMOLED 2.5D display (which means the edges are curved), a microSD card slot, Android 5.1 software with Meizu’s Flyme 5.0 user interface and app suite, a 3,050 mAh battery, fast charging, a fingerprint sensor built into the home button, 802.11ac WiFi, Bluetooth 4.1, and support for Chinese LTE networks.