Chip maker MediaTek has unveiled a new deca-core processor called the MediaTek Helio X25. It basically has the same architecture a the existing Helio X20, but the new model has a higher clock speeds for both the CPU and graphics cores.

MediaTek and Chinese phone maker Meizu have also revealed that the upcoming Meizu Pro 6 will be the first phone to feature the new 10-core processor. 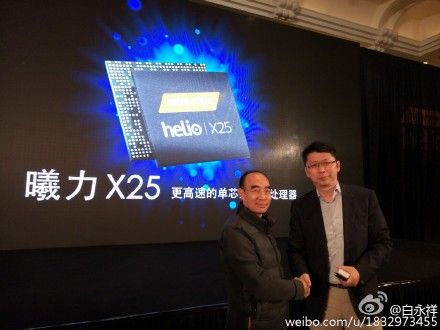 In fact, Meizu is had to have exclusive rights to the chip for at least a few months, which means you probably won’t be able to find any other phones with Helio X25 chips until this summer at the earliest.

Meizu hasn’t officially launched the Meizu Pro 6 smartphone yet, but rumor has it that the processor will only be one of the phone’s special features. It’s also expected to feature 6GB of RAM, a dual-edge display, and maybe even a pressure-sensitive “Force Touch” screen.

Back to the chip though, the Helio X25 will feature:

The key differences between the new chip and the Helio X20 are that the older model had top speeds of 2.3 GHz for the Cortex-A72 cores and 780 MHz for the GPU.