The Meizu Pro 5 Ubuntu Edition smartphone features a Samsung Exynos 7420 octa-core processor, 3GB of RAM, 32GB of storage, and a 5.7 inch full HD AMOLED display. When it launched earlier this year, it was the most powerful smartphone to ship with Ubuntu’s smartphone-friendly operating system to date.

Now it’s also the first Ubuntu phone that you can also use as a desktop computer. 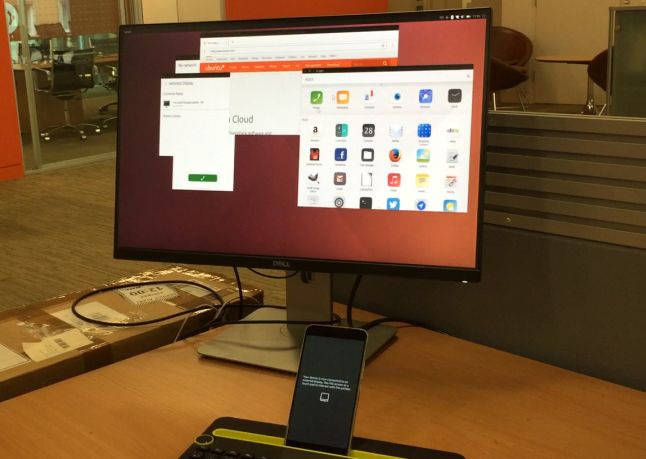 Canonical has released a software update called OTA-11 for Ubuntu phones and tablets. One of the key features is support for connecting an external display using the Miracast wireless display protocol.

Ubuntu for phones and tablets supports a feature called “convergence” which lets you interact with a desktop-style user interface when you’re using a keyboard, mouse, and external display. But up until now the only Ubuntu device to support convergence had been the BQ Aquaris M10 Ubuntu Edition tablet, because it was the only device with the right software and with a video-out port.

Now that the mobile version of Ubuntu supports wireless displays though, you don’t need a video port anymore. Just use a Miracast wireless display dongle to connect the phone to a monitor, connect a Bluetooth keyboard and mouse, and you’re good to go.

When convergence is in use, the phone basically becomes the brains of a desktop computer, capable of running any Ubuntu software that’s been compiled for ARM-based processors.

The OTA-11 update brings convergence support to the Meizu smartphone, but there are also improvements for the BQ tablet, including smoother scrolling, improved Bluetooth mouse responsiveness, and improvements for display scaling and graphics.