Chinese device maker Meizu offers a range of Android smartphones with decent specs and reasonably low prices. Meizu is also one of the few companies producing phones that come with Ubuntu software as an alternative to Android.

The Meizu Pro 5 Ubuntu Edition was the most powerful Ubuntu phone to date when it launched earlier this year, and a recent software update transformed it into the first Ubuntu phone that you could also use as a desktop computer.

Now it looks like Meizu has a new Ubuntu Edition phone on the way: the upcoming Meizu MX6 smartphone will probably be available with either Android or Ubuntu. 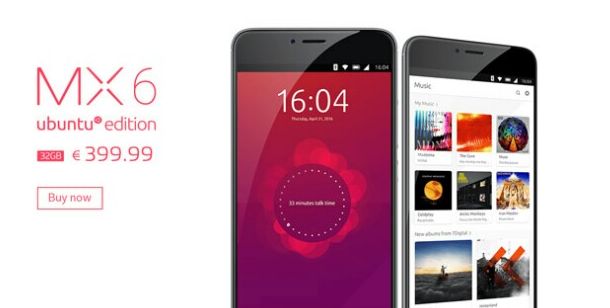 Android Headlines uncovered a series of promo images for the Ubuntu Edition of the smartphone, and they include pictures, a price tag, and some specs and price for the upcoming phone.

The Meizu MX6 is expected to feature:

The Meizu MX6 Ubuntu Edition smartphone is expected to sell for €399, which is about $444 US.

While the leak only provides details about an Ubuntu version of the phone, I’d be surprised if Meizu only offered an Ubuntu model. The company will most likely have an Android version with similar specs.