Chinese phone maker Meizu is now selling a version of its MX4 smartphone with Ubuntu Linux-based software instead of Android. The Meizu Ubuntu MX4 is now available to developers in China. It should be available to the general public in China and Europe later this year. 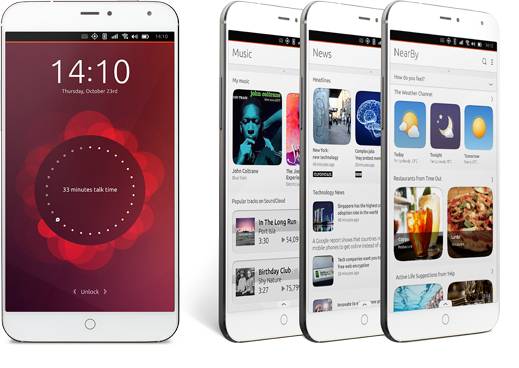 Meizu is the second company to launch a phone with Ubuntu. The first was Spanish device maker. That company’s BQ Aquaris E4.5 Ubuntu Edition is an entry-level deice with modest specs and a relatively modest price tag. It went on sale earlier this year.

Both phones run a version of Ubuntu Linux which has been optimized for smartphones. The user interface is designed with touchscreens and small screens in mind. Canonical has introduced the concept of Scopes as a way for app developers to bring content to your home screen.

Eventually Ubuntu phones with the appropriate hardware will even be able to run desktop apps and work as portable desktop computers when you connect an external mouse, keyboard, and display — although it’s not clear that either the Meizu MX4 or the BQ Aquaris E4.5 will be able to support that feature.