Lenovo’s next convertible ultrabook will likely have an 11.6 inch screen and an Intel Core M Broadwell processor. The company hasn’t officially introduced the Yoga 3 11 yet, but some basic specs showed up in an Amazon Germany product listing earlier this month.

Now that page has been removed, but before that happened the listing had been updated with photos and detailed spec sheets. The folks at TabTec saved copies before they were pulled offline.

So here’s what we can probably expect from the upcoming Lenovo Yoga 3 11. 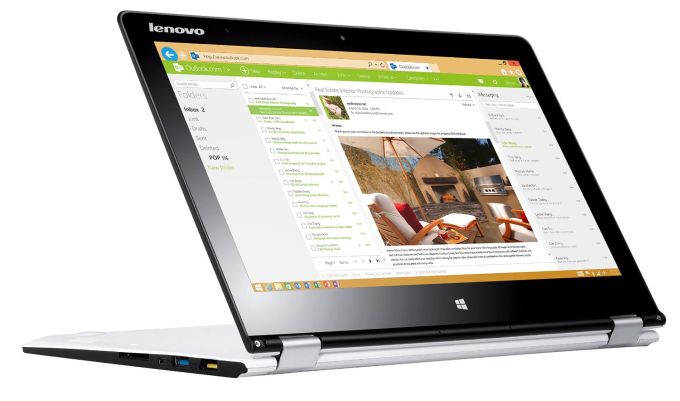 Like other members of the Yoga family, the new model looks like a laptop at first glance. But you can push the screen back 360 degrees until it’s back-to-back with the keyboard, allowing you to hold the device like a tablet.

Lenovo will offer at least 3 different models of the Yoga 3 11. One features an Intel Core M-5Y10C processor, 4GB of RAM, and a 128GB solid state drive.

US pricing hasn’t been announced yet, but Amazon Germany was showing prices ranging from €599 to €999. I suspect we’ll learn more about these convertible notebooks at the Consumer Electronics Show in January.