The Vizio Tablet PC also features a 1920 x 1080 pixel display to go with that graphics chip. 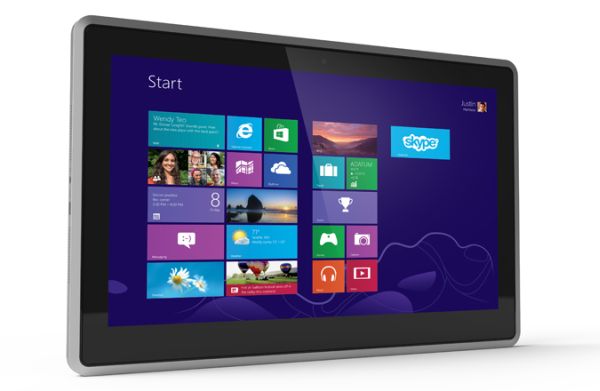 The rest of the specs look a lot like what we’ve come to expect from entry-level Windows 8 tablets, including 2GB of RAM and a 64GB solid state disk, micro HDMI and micro USB ports, and a front-facing camera.

Weighing 1.66 pounds, the tablet will be a little heavier than the typical 10 inch tablet, but it’s measures just 0.4 inches thick which is still pretty svelte for a tablet of any size.

Technically the Vizio Tablet PC isn’t the first tablet from the company. Vizio introduced a line of Android tablets a few years ago, but they’ve since been discontinued.

Vizio hasn’t released pricing for the new tablet yet, but the company has made a name for itself by offering reliable (if unspectacular) consumer electronics devices at relatively low prices. That’s how Vizio became a major player in the HDTV space and how the company positioned its first ultrabooks and other computers which launched in 2012.

In other words, I’d be surprised if the Vizio Tablet PC was priced higher than a Clover Trail tablet… and I wouldn’t be surprised at all if it’s a little cheaper.

Fujitsu is also planning to bring a Windows 8 tablet with an AMD Z-60 processor to market, but Fujitsu has sort of the opposite reputation: I expect their devices to be more expensive than their peers.

3 replies on “Meet the Vizio Tablet PC: An 11.6 inch Windows slate with an AMD CPU”