Motorola’s 2015 flagship phone comes in two versions. Both are smartphones with high-end specs, and customizable designs.

The Moto X Play goes on sale in 55 countries starting in August, while the Moto X Style launches in September.

Want to buy one of the new phones in the United States? So far Motorola has only announced plans to offer one model: An unlocked version of the Moto X Style called the Moto X Pure. It launches later this year for $400. 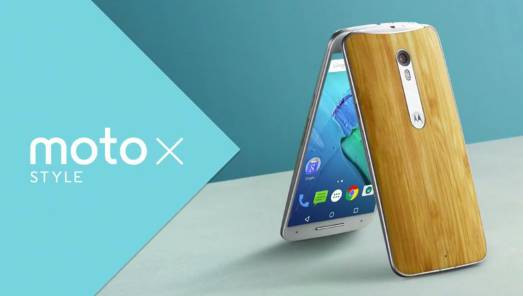 One of Motorola’s new phone may have a larger screen than the 5.5 inch display on the iPhone 6 Plus, but the phones have a smaller body. Motorola says that’s because its new phone has a 76 percent screen-to-body ratio.

Motorola says the Moto X Style will sell for about $200 to $300 less than a typical flagship smartphone, has a Qualcomm Snapdragon 808 processor, offers up to 30 hours of battery life from a 3,000 mAh battery, and features a microSD card slot for additional storage. The phone will be available with 16GB to 64GB of built-in storage.

The Moto X Style ships standard with a coated silicon rubber back, but it’s also available with leather, natural wood, and other options. The phone has a water-repellent coating as well.

The phone supports 4G LTE networks, and Motorola will offer customers a chance to buy a carrier-unlocked Pure Edition phone that works on all major US wireless carriers including Verizon, Sprint, AT&T, and T-Mobile.

Motorola says that the Pure Edition will be available this fall for $400, which is a pretty great price for an unlocked phone with flagship-level specs. Of course, it has some competition in that space from devices like the $329 OnePlus 2 and $299 Asus Zenfone 2. 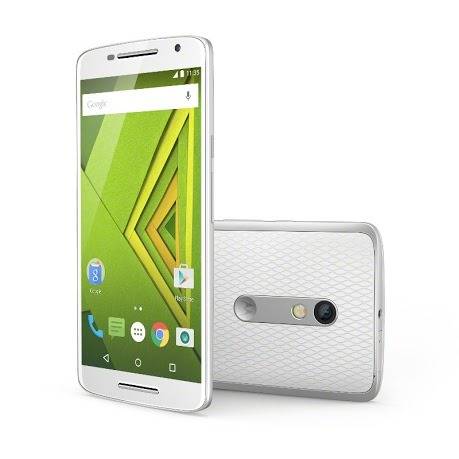 Motorola says the Moto X Play, meanwhile, will sell for $300 to $400 below the price of a typical flagship, and it features the same software as the Moto X Style, plus a bigger, 3,640 mAh battery.

On the other hand, this model sports just 2GB of RAM, a Snapdragon 615 processor, and a lower-resolution display.

Another thing that sets the Moto X Style and Moto X Play apart from one another? The Style has a front-facing flash for snapping selfies in the dark.