Motorola’s Moto G line of smartphones have a reputation for offering decent hardware at relatively low prices. This year the company is stepping up its game with a new model featuring a waterproof design and up to twice the RAM as previous models. 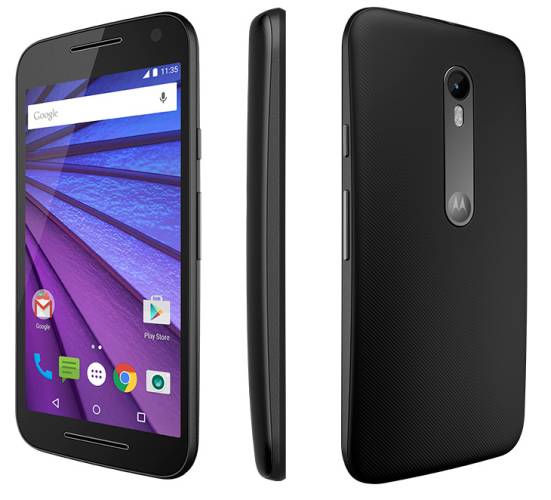 For the first time, Motorola will offer two different models of the Moto G. An entry-level model with 1GB of RAM and 8GB of storage sells for $179, while a model with twice the memory and storage is available for $219.

Both models have IPX7 waterproof ratings, which means they can be submerged in up to 3 feet of water for up to 30 minutes.

Other features include a 13MP rear camera, a 5MP front camera, and a microSD card slot. The new Moto G has a 2,470 mAh battery.

While the 2015 version of the Moto G is about the same size as last year’s model, it has a newer processor based on ARMv8, 64-bit architecture, better cameras, support for more memory, and support for swappable rear covers that let you change the look of the phone.

For the first time, Motorola also lets you customize the design of a Moto G before ordering by using the company’s Moto Maker online configuration tool.

Keep in mind, this is still an entry-level phone. While it has the best specs of any Moto G to date, there’s no support for NFC. There’s no wireless charging. And the processor won’t be that much faster than the chips used on earlier models.

On the other hand, Motorola says the camera in the new Moto G is basically the same as the camera from last year’s Google Nexus 6 smartphone, which means you get the camera of a $600+ phone in a device that sells for about a third of the price.

via Android Central and @MotorolaIndia