It’s tough to find a high quality tablet for less than $100 now that HP has cleared its inventory of discontinued TouchPad tablets. But there are a growing number of not-entirely-awful tablets that can be yours for less than a hundred bucks. 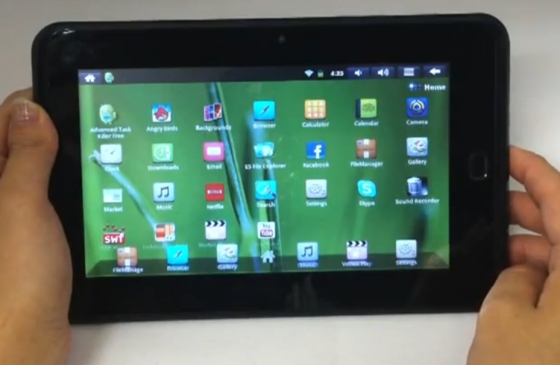 One of the latest additions to that category is the IdolPad form Idolian. It’s a 7 inch tablet called the IdolPad which has a 1 GHz ARM Cortex-A9 single core processor, 512MB of RAM, 4GB of storage, and Google Android 2.3 Gingerbread.

It’s not exactly a state-of-the-art machine. It has a low resolution 800 x 480 pixel display and it has a resistive touchscreen rather instead of a capacitive screen. That means you’ll either need to press the screen harder with your fingertip than you would with most Android phones or tablets, or use a fingernail or stylus rather than a fingertip.

But the tablet costs just $99.99, so you kind of get what you pay for. Idolian says it should get between 4 and 6 hours of battery life and can handle 1080p HD video output. There’s also an HDMI port, and the IdolPad has a microSDHC card slot for extra storage. The tablet also apparently comes with the Google Android Market.

If you have an extra $100 to spare, you’d get a device with a better display and faster processor with the $199 Amazon Kindle Fire

. But the Kindle Fire doesn’t have a microSD card slot or camera, both of which the IdolPad does have (although Idolian actually admits on its website that the camera is pretty lousy).

3 replies on “Meet the IdolPad, a $100 Android tablet that doesn’t look altogether awful”