HTC is expected to unveil its next flagship smartphone at Mobile World Congress next week… but alleged specs and pictures of the upcoming HTC One M9 have been leaking for weeks. Now a few leaked videos give us the best idea of what to expect yet. 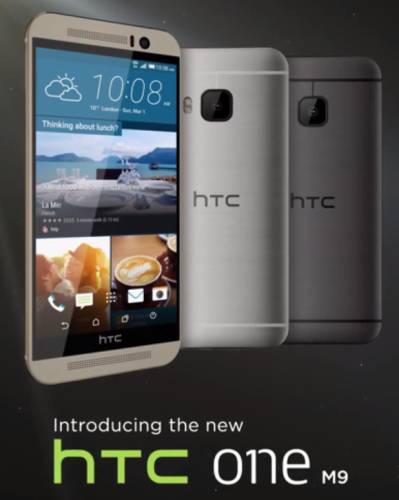 Note that HTC hasn’t officially announced anything yet, but it’s a lot easier to fake a picture than a promotional video, so there’s a pretty good chance the videos are legit.

First up, the 2015 HTC One M9 looks almost exactly like the 2014 HTC One M8. That’s not necessarily a bad thing: last year’s phone had a rather attractive design and front-facing stereo speakers. But a lot of folks had really been hoping for something new.

There is one major visual change: there’s a single lens camera on the back of the phone instead of a dual-lens camera. That’s because HTC has reportedly replaced the Duo camera with a new 20MP camera. The front-facing camera, meanwhile, is now an HTC UltraPixel camera which allows more light in, allowing you to snap better selfies in low-light settings.

The videos also show off software features including a new Photo Editor app, a 3-finger swipe gesture to bring up HTC Connect for streaming music or video to other devices, and a home widget that lets you adjust the apps on your desktop depending on your location. There’s also a Themes feature which lets you customize your home screen with wallpapers and more.

We’ll still have to wait for official confirmation from HTC before we know for certain what other features the phone has or when it’s expected to go on sale, but it’s expected to feature some sort of Qualcomm Snapdragon processor (likely the Snapdragon 810) and 4G LTE.

The HTC One M9 videos were originally posted (then removed… then re-published) by @upleaks. Update: And now the @upleaks Twitter account seems to be missing in action. Update 2: And the account has been restored.