The Samsung Galaxy Tab 3 7.0 isn’t the most exciting Android tablet on the market. It’s a relatively affordable model with a dual-core processor, a 1024 x 600 pixel display, and Android Jelly Bean software.

But what if I told you there’s a Hello Kitty model? 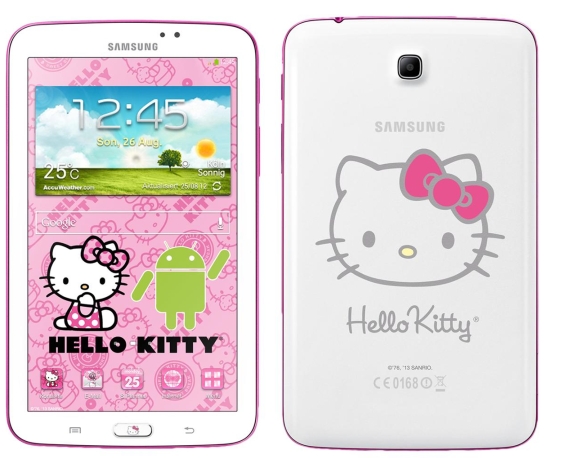 Well there is. It’s expected to launch in Europe in a few weeks, where Mobile Geeks reports it will sell for about 229 Euros.

The tablet has 1GB of RAM, 8GB of storage, and a microSd card slot. It supports WiFi, Bluetooth and GPS and has front and rear cameras.

But its most distinctive features are the pink trim around the sides of the white tablet, the Hello Kitty drawing and text on the back, and the much smaller Hello Kitty on the home button.

There special edition Galaxy Tab 3 7.0 also comes with some Hellp Kitty wallpaper. The rest of the specs are pretty much the same as the less pink version of the tablet.