Microsoft’s answer to Siri and Google Now/Google Voice Actions is coming, and it’s called Cortana… at least while it’s in testing.

The folks at The Verge have been reporting that a new digital assistant for Windows Phone is on the way, and now they have a first look at how the service will work. 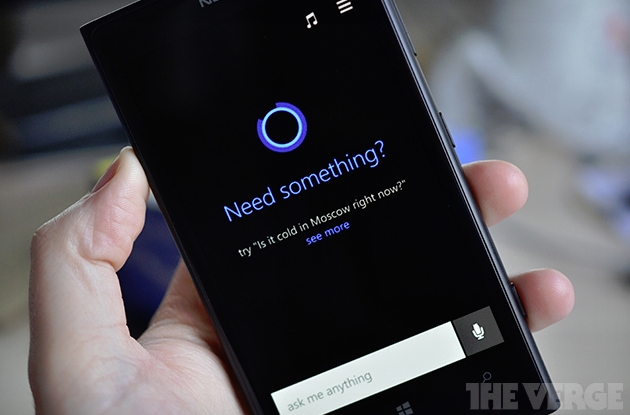 Cortona will let you perform actions on your phone using voice commands, and it’ll respond by talking back to you. When it’s talking or “thinking,” a circle will appear on the center of your screen with an animation to show that work is in progress.

The service will reportedly save your data in a “Notebook,” so that it can more accurately answer your questions. For instance, it’ll have access to your calendar and contact information, allowing it to automatically send you reminders and other notifications.

Like Google Now, Cortana can also grab information from your email account to automatically alert you about flight information or other information that you didn’t explicitly ask about.

Whereas Google’s services mind data from Gmail, Google Calendar, and other Google apps, Cortona will use not only Microsoft’s Bing tools, but also third-party tools such as Foursquare (a company Microsoft has invested in).

Cortona could be unveiled at the Microsoft Build conference in April, and it could be a feature in the next major update for Windows Phone, which is expected this spring.