Windows 8.1 hits the streets starting today (for downloaders — you’ll have to wait until October 18th to buy it in-stores. Among other things, the latest version of Windows improves support for tablets and other devices with screens smaller than 10 inches. Meanwhile Intel recently launched its new Bay Trail line of low-power Atom processors with better performance and lower power consumption than their predecessors.

Device makers have taken advantage of these two developments to make smaller, lighter Windows tablets which should offer long battery life and silent operation due to fanless designs.

Here are some of the first Windows 8.1 tablets to feature 8 inch displays. In addition to Microsoft’s latest operating system, they should all ship with Microsoft Office 2013 Home & Student.

The Acer Iconia W4 is actually the second Windows 8 tablet from Acer to feature an 8 inch screen. The first was the Iconia W3 which was smaller than most Windows tablets, but which suffered from poor viewing angles and mediocre performance.

Acer’s new model is powered by an Intel Atom Z3740 quad-core Bay Trail processor and has 2GB of RAM, up to 64GB of storage, a 5MP rear camera and a 2MP front camera.

It has a microSD card slot, micro HDMI port, WiFi, Bluetooth, and GPS.

The tablet has an 8 inch, 1280 x 800 pixel IPS display which should offer better viewing angles than the Iconia W3’s TN screen. It measures about 0.42 inches thick and weighs 14.5 ounces.

Dell’s first 8 inch Windows 8.1 tablet is scheduled to hit the streets October 18th with a starting price of $300. 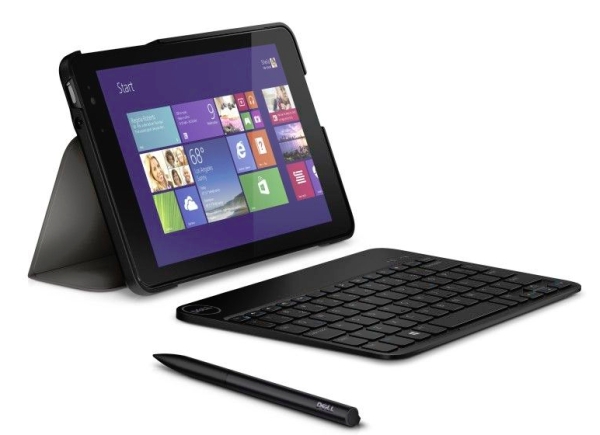 Like the Acer Iconia W4, the Dell Venue 8 Pro has an 8 inch, 1280 x 800 pixel IPS display. But one thin that helps set it apart is the optional digital pen.

You can find more details in our hands-on article and video.

In case you haven’t already guessed, the Lenovo Miix2 is another tablet with an 8 inch, 1280 x 800 pixel IPS display and 2GB of RAM. Noticing a trend?

Lenovo offers support for 32GB to 128GB of storage and includes a microSD card slot in case you want to use removable storage. 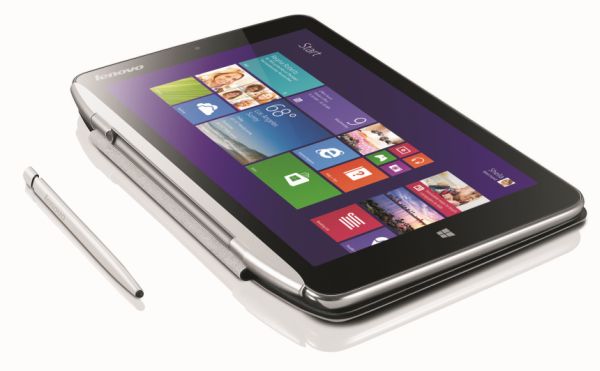 Lenovo’s tablet has a 5MP rear camera and 2MP front-facing camera and the company will offer an optional cover case with a capacitive stylus which you can hide tuck away in the case when you’re not using it.

The Lenovo Miix2 is expected to go on sale by the end of October for around $299 and up.

You can probably guess the specs by now: the Toshiba Encore sports an 8 inch, 1280 x 800 pixel IPS display and at least 32GB of storage. 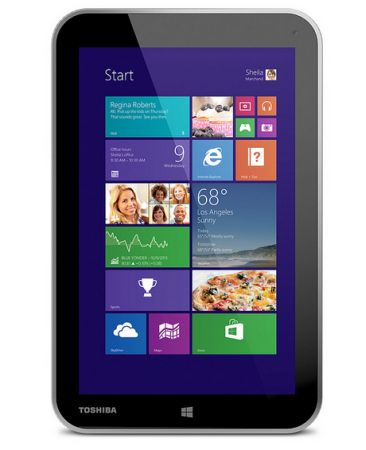 But this tablet does have a few things that set it apart, including an 8MP rear camera and a case which is oddly a bit thicker and heavier than the others, measures 0.42 inches thick and weighing 17 ounces.

Like the others, it’s powered by an Intel Atom Bay Trail processor, and this model’s expected to go on sale in November for $330.