A South-Korean startup has developed a smartwatch that is specifically designed for the visually impaired. Using braille for notifications, the Dot will allow users to know the time, set an alarm, get messages, and read location directions. Priced at under $300, even braille beginners will be able to learn the touch-based reading program.

As noted on Wareable, the Dot smartwatch has four sets of six dots, which raise and lower at speeds up to 100 per second to produce four braille characters at a time. It is also designed for the beginning reader for speeds as low as one character per second. 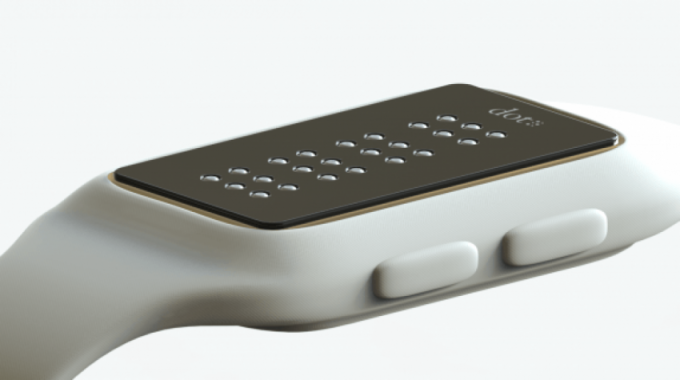 The smartwatch uses haptic technology to send touch-based information to the wearer in real time. The user will be able to link a smartphone to the Dot using low-energy Bluetooth. Then, notifications will be delivered via braille to the user’s wrist.

The company’s goal is to make a wearable device that works similar to traditional smartwatches, but does not require the voice-over feature for the visually impaired to use. “Until now, if you got a message on iOS from your girlfriend, for example, you had to listen to Siri read it to you in that voice, which is impersonal,” Dot co-founder and CEO Eric Ju Yoon Kim told Tech in Asia in an interview. “Wouldn’t you rather read it yourself and hear your girlfriend’s voice saying it in your head?”

The battery life may seem low, at only 10 hours per charge, but the company claims that average users will only need to recharge their Dot about every five days. 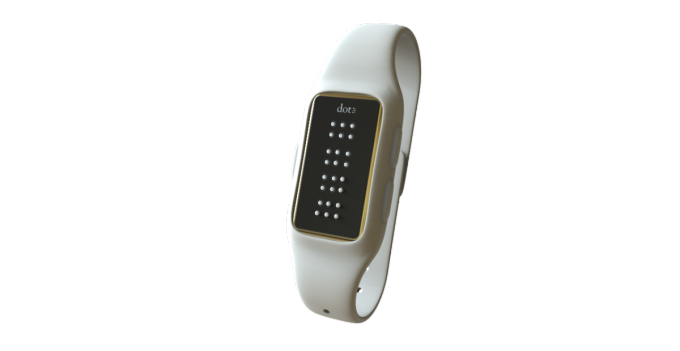 If the company’s plans and seed funding rounds (Dot has already raised $600,000 in its first round and hopes to raise $1 million in its second) fall into place, the Dot will be available in the US sometime in December of 2015 for under $300. You can sign up for updates on the watch’s release at the company’s website.