Chip maker Allwinner is launching its first octa-core processor. As expected, the AllwinnerUltraOcta A80 features 4 ARM Cortex-A15 CPU cores and 4 ARM Cortex-A7 cores. Thanks to the chip’s heterogeneous design, it can use all 8 cores at once, or just as many as needed to complete a given task. 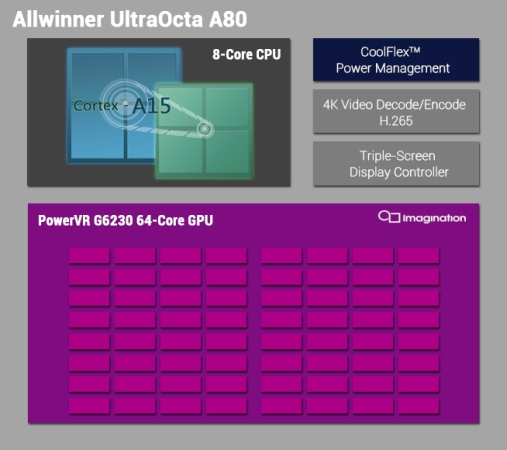 Allwinner is positioning the UltraOcta A80 as a solution for tablets, media players, and even notebooks, desktops, or smart televisions.

The chip features PowerVR G6230 graphics and supports 4K video encoding and decoding in the H.265 codec. It can also support up to three displays at once. 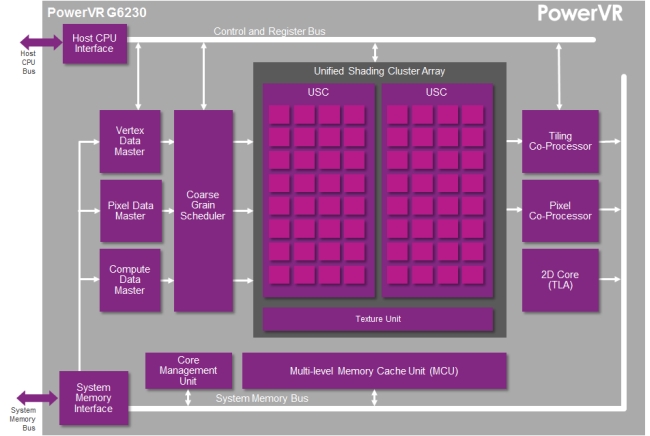 Allwinner made a splash a few years ago by offering a line of low-power, ARM-based chips that led to low-cost Chinese tablets and TV boxes.

Rivals including MediaTek have made some serious headway in the space recently, but Allwinner remains a popular choice with some open source enthusiasts thanks to the company’s habit of releasing a fair amount of documentation for its chips (but not for the proprietary graphics components).

The makers of the upcoming DragonBox Pyra open gaming platform and Vivaldi KDE Linux tablet, for instance, have chosen (at least initially) to use Allwinner chips.

While it remains to be seen just how open the upcoming UltraOcta A80 chip will be, the new chip looks powerful enough to appeal to folks beyond the open source community.

6 replies on “Meet the Allwinner UltraOcta A80 processor”