The MeegoPad T02 is a PC-on-a-stick with an Intel Atom Bay Trail processor, 2GB of RAM, and 32GB of storage. Plug it into the HDMI port of your TV or monitor and you’ve basically got a low-power desktop computer.

MeegoPad introduced the T02 this summer, and you can pick up a model with Windows 10 software from Gearbest for $105 or an Ubuntu model for $77.

Gearbest sent me one of each to test a while ago, but I’ve been so overloaded with products to review that I haven’t gotten around to using either model yet. So rather than wait until these things seem completely outdated, I got permission from the retailer to just give them away to readers! 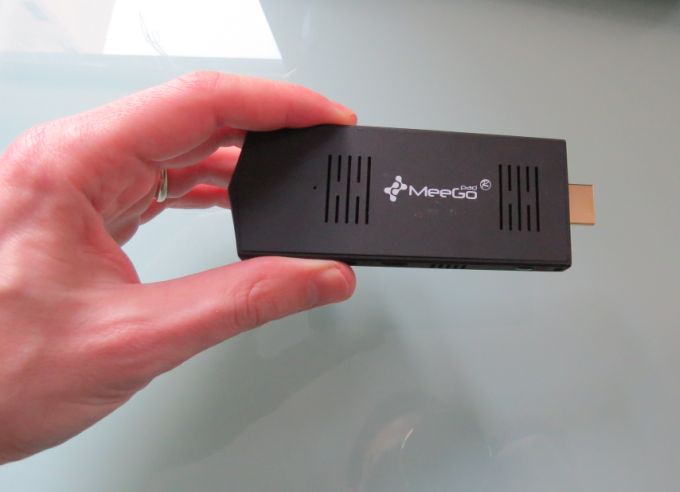 We’re actually running two contests, and there’s nothing stopping you from entering both (although you’re only eligible to win one, so if you don’t really want one model, don’t enter that contest).

Both devices have the same specs. The only different is the software.

While I haven’t tested the MeegoPad T02 myself, it’s got the same basic hardware as the Intel Compute Stick I reviewed earlier this year. But it has a few bonus features.

The MeegoPad T02 has two full-sized USB 2.0 ports rather than one, as well as a 3.5mm audio jack. Like the Compute Stick, this little computer features 802.11b/g/n WiFi and Bluetooth 4.0 and uses a micro USB port for power.

So do you win one? Easy. Just answer the question in the widget below before the contest ends on Friday.

Check out the terms & conditions for rules, but the main thing is that you’ll want to keep in mind that this contest is open to residents of the continental United States or folks with a valid US shipping address.


Thanks again to Gearbest for providing us with these MeegoPad T02 units!

Update: This contest has now ended. Congratulations to our winner, Rick S!