MeegoPad was one of the first companies to launch a PC-on-a-stick with an Intel processor and support for Windows software. Unfortunately the MeegoPad T01 shipped with an unlicensed version of Windows, which means users had to either replace the OS or pay extra to upgrade to a full version.

Now there are a number of other options available, including the Intel Compute Stick which comes with a Windows 8.1 with Bing license and official support from Intel. But the $150 Compute Stick is relatively expensive at a time when you can find Windows tablets for around the same price (or less).

Now MeegoPad is back with a new model that’s priced competitively, and which shouldn’t have the same licensing issues as its predecessor. 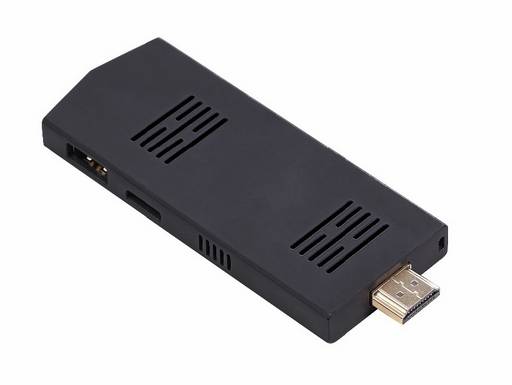 Like other PC sticks, the MeegoPad T02 is designed to be plugged directly into the HDMI port of your TV or monitor. Turn on your display, connect a power source, keyboard, and mouse and you can basically turn any screen into a full-fledged PC.

The MeegoPad T02 as slightly different design from the T01 (although it’s a familiar-looking design). But it has the same basic hardware as many PC sticks, including an Intel Atom Z3735F Bay Trail processor, 2GB of RAM, and 32GB of storage.

What could make this device an attractive alternative to the Intel Compute Stick is the price: A MeegoPad T01 with Windows 8.1 with Bing costs about $109.

There’s also a model without a Windows license that sells for $90. It has the same hardware, but you don’t have to pay for an operating system you may not plan to use. This model can run Ubuntu Linux.

Intel offers an Ubuntu version of the Compute Stick, but it has a street price of about $110 and features just 1GB of RAM and 8GB of storage.

On paper, the MeegoPad T02 looks like a bargain. Just keep you probably won’t get the same kind of support for this product which ships straight from China as you would for an Intel Compute Stick which is officially supported by one of the world’s largest tech companies.

Update: The fine print on the sales pages is also a little confusing. The Linux model is apparently available for $90 with either Ubuntu or a Windows 8.1 with Bing Trial version.

The seller says to choose the $109 model for a licensed version of Windows — but that page says you have to pay $25 more to get a license. If that’s true, it means the Windows model actually costs $44 more than the Linux model rather than $19 more.

via CNX Software and HomeTheaterLife