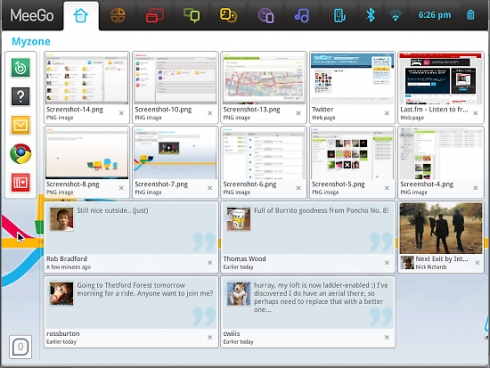 Just a few months after the MeeGo Linux project was formed by the merger of the Maemo and Moblin projects, it looks like MeeGo is making some pretty serious progress in the marketplace.

The other day we reported that it looked like Asus was going to launch devices running MeeGo in 2011, and a press release issued today pretty much confirms it. Acer officials say the company palns to beat Asus to market with a MeeGo-based netbook before the end of this year.

But those aren’t the only two places we’re seeing MeeGo. While MeeGo looks like a standalone operating system, it’s actually a series of technologies that are available for developers of just about any Linux distribution to incorporate into their software. That includes optimizations for Intel Atom processors, power management features for netbooks, and MeeGo’s custom user interfaces for netbooks, tablets, and other mobile devices.

The Linpus, Mandriva, Novell SUSE, Red Flag, and Turbolinux projects have all announced plans to deliver versions of their Linux operating systems using MeeGo technology. Even DeviceVM is getting in on the game, with a MeeGo Remix version of the company’s Splashtop quick boot software for tablets, smartphones, web-connected TVs, and in-car entertainment systems.

One reply on “MeeGo user interface coming to Acer, Asus, other Linux devices”