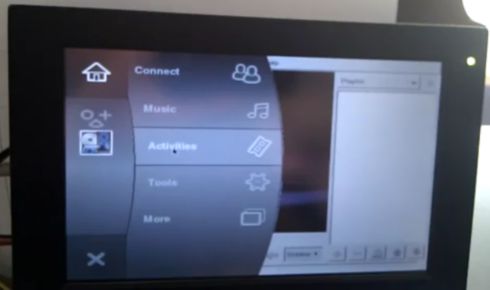 MeeGo is a Linux-based software environment designed for devices including netbooks, tablets, smartphones, and in-care entertainment computers. Each version is a little different, and this week the folks behind MeeGo launched the first public version of MeeGo IVI for in-vehicle-infotainment systems. It’s available for download right now, and thanks to the magic of YouTube searching, you can check out a demo video after the break.

Unfortunately, that’s just the program launcher. When you delve a little deeper, it looks like MeeGo IVI is running pretty standard Linux apps which make the audio and video players, for instance, look a bit clunky for something you’re suppose to interact with from the passenger’s seat — let alone the driver’s seat.

The Fennec web browser, text editor, and other apps are also going to give this operating system some geek cred, but it’s not really clear if these are the sort of apps most people will be running in a car. At least Fennec was clearly designed for smartphones and thus for finger-friendly input instead of a keyboard and mouse.