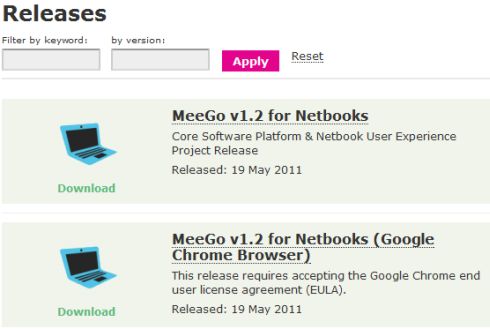 The developers behind MeeGo Linux have released the core images for MeeGo 1.2. There aren’t any dramatic changes to the user interface yet, but the update does include an updated Linux kernel, updated Qt, X.org, and other packages including a new telephony stack and updated audio software with support for Bluetooth A2DP streaming.

Right now there are MeeGo 1.2 images available for Intel Atom based netbooks or in-vehicle entertainment systems.

If you want to try out MeeGo on a tablet, there’s also a developer preview of MeeGo 1.2 for touchscreen tablets which has been available since March.