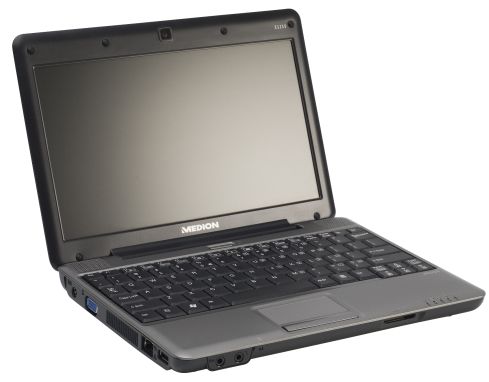 The Medion Akoya Mini E1210 netbook was little more than a rebanded MSI Wind U100. But it sold relatively well in parts of Europe where the MSI netbook was unavailable or overpriced. Now Medion is back, this time with the E1211 and E1215 netbooks, this time built by Wistron instead of MSI.

via Engadget and Netbook News.de