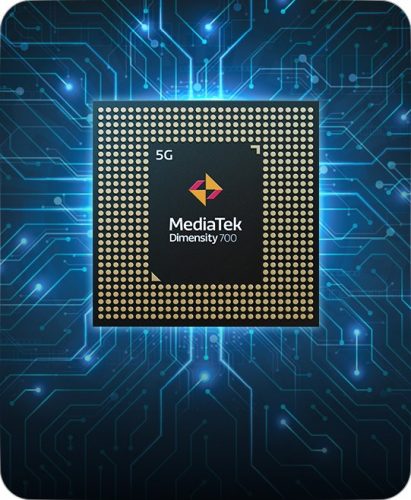 MediaTek says both of its new Chromebook processors include support for AI processing to help with speech recognition, voice controls, image recognition, noise reduction, and other functions. They also both have dedicated audio digital signal processors for low-power voice wakeup when used with a voice assistant.

The MT8195 is an octa-core processor with:

Mediatek says Chromebooks powered by the MT8192 processor should be available in the second quarter of 2021, with MT8195-powered models coming “at a later date.”

Mediatek has not announced a release date for its new 5G smartphone processor.