Wireless carriers began rolling out 5G networks last year, but the first 5G-ready phones were expensive and network coverage was spotty anyway, so there wasn’t much good reason to buy a 5G phone in 2019.

Fast forward a year and the network coverage is still spotty, but most modern flagship phones feature 5G support since Qualcomm insisted on requiring device makers who use its Snapdragon 865 chips to also use a Snapdragon X55 5G modem.

And we’re also seeing a growing number of mid-range phones with 5G. So odds are looking better and better that when you’re ready to buy a new phone, it may support 5G networks… whether you plan to use that feature or not.

All of which is to say, that when MediaTek announced its new Dimensity 720 smartphone processor with built-in 5G support this week, the most exciting thing about the chip is that it’s not really all that exciting at all. 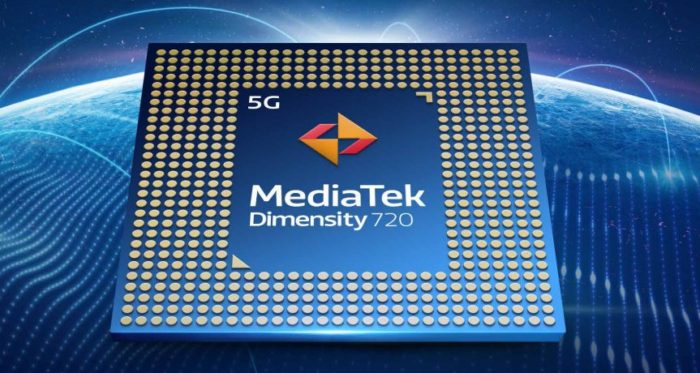 The new processor is just the latest in a series of 5G-enabled processors from the Taiwanese chip maker.

Supported camera configurations include up to a 64MP primary camera or 20MP + 16MP dual camera system, and the chip also supports voice wakeup for use with always-on voice assistant software.

While 5G support is probably the most noteworthy feature, the phone should also work with 4G networks and supports dual-SIM, dual-standby usage. Other wireless features include WiFi 5, Bluetooth 5.1, GPD & GLONASS.