MediaTek’s most exciting next-gen chip is the upcoming 7nm Arm Cortex-A77 processor with integrated support for 5G wireless. But we probably won’t see devices powered by that chip until early next year.

The chip maker has another new processor on the way though — the MediaTek Helio P65 is an upcoming octa-core processor that features two Arm Cortex-A75 CPU cores and six Arm Cortex-A55 CPU cores.

It also packs a new neural processing unit that MediaTek offers twice the AI performance of its earlier chips. But in some ways the MediaTek Helio P65 seems like a downgrade from the older Helio P60. 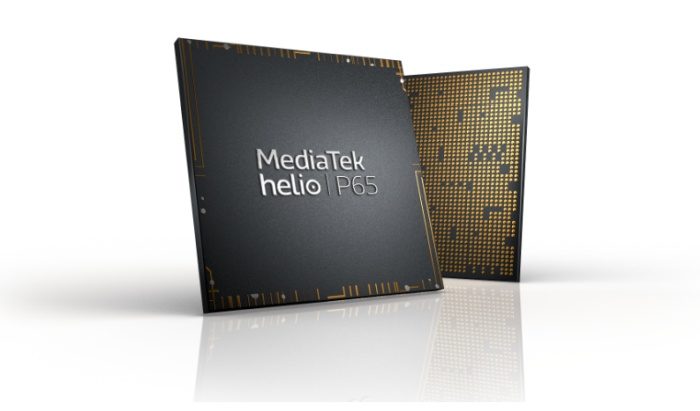 For example, the new chip features Arm Mali-G52 graphcis rather than the higher-performance Mali-G72 GPU. So 3D graphcis performance likely won’t be as good.

And while the Helio P60 sported less-powerful Arm Cortex-A73 and Cortex-A53 CPU cores, it had four of each (instead of 2 and 6), so you can probably expect better single-core performance from the new Helio P65, but lower multi-core performance, depending on the tasks.

The Helio P65 also lacks support for dual-channel memory and UFS storage, both of which are present in the Helio P60 and Helio P70.

All of which is to say… I doubt that MediaTek expects this chip to replace its predecessors. Instead it’s likely to help round out the company’s lineup of chips for mid-range smartphones.