Chip maker MediaTek has unveiled three new processors that the company says will arrive in smartphones shipping as soon as this month.

The MediaTek Dimensity 8000 and Dimensity 8100 are aimed at mid-range devices, while borrowing features from the company’s Dimensity 9000 series, while the new Dimensity 1300 is a high performance chip that appears to be an upgrade over last year’s Dimensity 1100 and 1200 processors, but which seems a step behind the 8000 series chips in some ways. 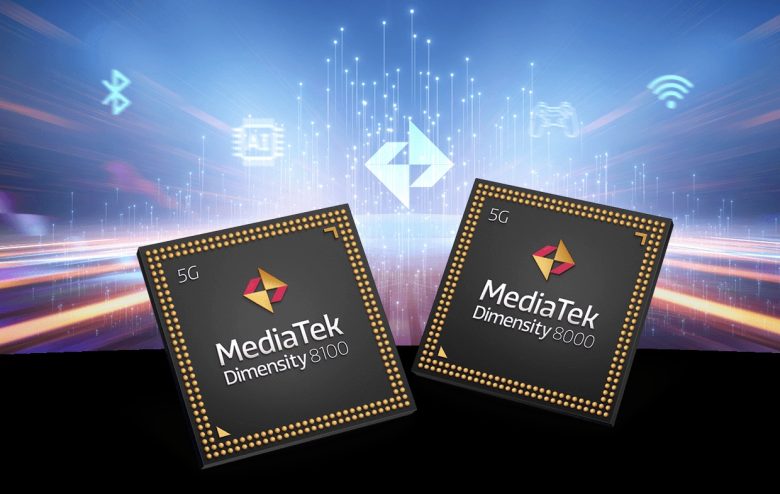 Here’s a run-down of some key specs for the new chips:

Other features include new power saving enhancements, and improved camera capabilities thanks to an updated AI processing unit and an image signal processor capable of handling five gigapixels per second.

MediaTek says to expect smartphones featuring the new chips in the first quarter of 2022. And seeing as how today is March 1st, that probably means within the next 30 days.