But the MediaTek Helio X30 isn’t necessarily reserved for high-end phones: it’s expected to be used for handsets that sell for between $300 and $500. You’ll probably start to see some of those phones in the second quarter of 2017. 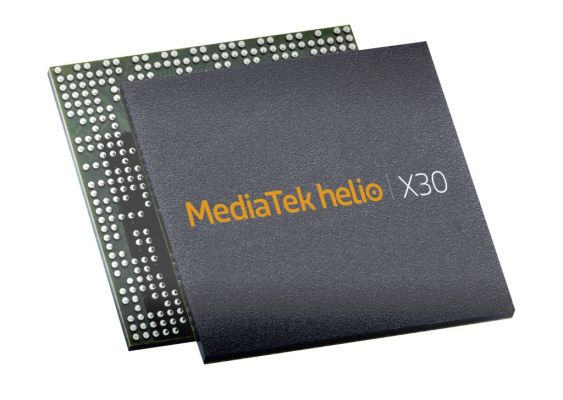 MediaTek unveiled the X30 last year, but now the company says mass production of the chip is underway.

The deca-core processor has different CPU cores for different purposes:

The idea is that the Cortex-A73 cores kick in when you need a lot of power, but they can shut off and let the other CPU cores handle the work when they’re not needed, which helps balance performance and energy efficiency.

MediaTek says its new 10-core, tric-cluster chip offers 35 percent better performance and 50 percent more power savings than “MediaTek’s previous generation chipset,” which probably means the Helio X20/X25 chips which also use a 10-core setup, but which are 20nm chips that rely on different ARM technologies for some of their components.

Among other things, MediaTek says the new chip supports up to 8GB of LPDDR4X RAM, up to two 16MP cameras with 4K video recording capabilities, 4G LTE Cat 10, and 802.11ac WiFi.