Taiwanese chip maker MediaTek’s upcoming Helio X20 is expected to be one of the first mobile processors with 10 CPU cores. But the company is already working on a few more deca-core chips.

The Helio X22 is basically a faster version of the X20, while the Helio X30 uses a different arrangement of processor cores to offer higher performance. 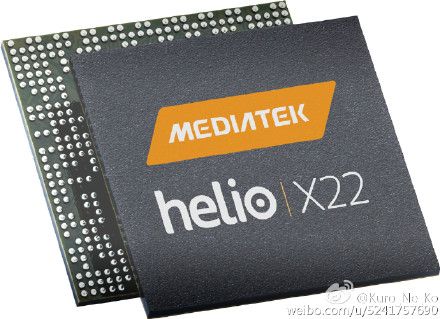 Like many multi-core chips for mobile devices, the Helio X series basically combines a number of higher-performance processor cores with a group of lower-performance cores that use less power. The arrangement can help provide a burst of power when needed, while relying on the less power-hungry components to conserve battery life when you don’t need turbo speeds.

What makes these chips different from most on the market is that they combine three or more groups of CPU cores instead of two.

Here’s a run-down of the way those cores are set up in different Helio X series chips:

This chip will have ARM Mali-T880 graphics and support for up to 4GB of RAM, and eMMC 5.1 storage.

Details about this processor are scarce, but it’s expected to have the same type of arrangement as the Helio X20, but higher clock speeds for at least some CPU cores.

You’ll probably have to wait until early 2016 before you can buy a device powered by any of these new processors, but MediaTek is expected to begin shipping samples of the Helio X20 later this year.

via PadNews, GizChina, and Weibo