In the short term though, the most important things to know about the new chip are that it will offers better CPU and graphics performance than the previous-gen Dimensity 9000, while consuming less power. MediaTek says the first phones powered by the new processor should be available by the end of 2022. 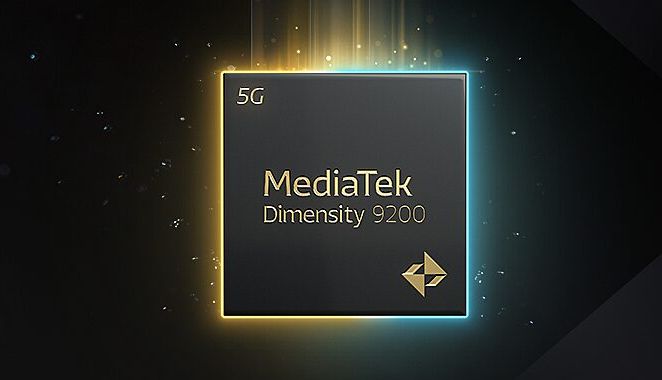 Here are some of the processor’s key features:

MediaTek says when compared with the Dimensity 9000 processor, the new chip scores 12% higher in single-core performance in Geekbench and 10% higher in multi-core performance. While that might not sound very impressive, those improvements come along with a 25% reduction in power consumption under heavy load.

On more interesting thing about those CPU cores? Apparently the Cortex-X3 core only supports 64-bit apps. That means that while phones with this chip will be able to run 32-bit apps (unlike Google’s Pixel 7 series phones), you won’t get be able to use the phone’s most powerful CPU core with those apps.

The company also promises a 35% uplift in AI performance and big gains in wireless performance. Not only is this one of the first smartphone chips with built-in support for next-gen WiFi 7 networks (with theoretical download speeds as high as 6.5 Gbps… assuming you can find a WiFi 7 router), but it’s also MediaTek’s first processor to support mmWave 5G networks as well as Sub-6 GHz.

Other features include support for FHD+ displays with refresh rates up to 240 Hz or WQHD displays up to 144 Hz, support for Bluetooth 5.3, and support for UFS 4.0 storage with Multi-Circular Queue (MCQ) technology that grans each Cortex-A510 CPU core direct access to the storage for higher data transmission speeds in multi-threaded activities.

MediaTek has made a name for itself in the mid-range smartphone processor space over the past decade or so. But now it looks like the company is coming for Qualcomm in the flagship space. We should know how the Dimensity 9200 stacks up against Qualcomm’s next-gen flagship processor soon. Qualcomm’s annual Snapdragon Summit takes place next week.

via press release and MediaTek (1)(2)