The MediaTek Dimensity 8200 processor is a 4nm chip that has a bunch of features that would have put it in flagship-class category not long ago. It’s fastest CPU core can hit speeds up to 3.1 GHz. It’s GPU features support for hardware-accelerated ray tracing. The chip supports capturing images up to 320 megapixels and display refresh rates as high as 180 Hz.

But MediaTek is positioning the Dimensity 8200 as a processor for “premium” phones rather than flagships, because it uses some slightly older technology than the company’s higher-priced, higher-performance Dimensity 9200. 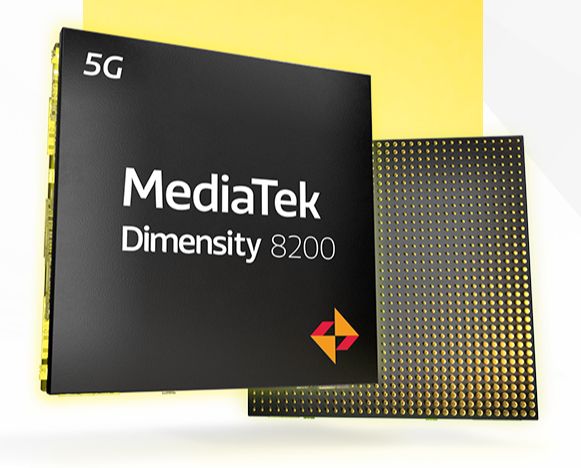 The upshot is that one of the first phones to feature the new processor will have a starting price of just 2,099 CNY (about $300), which is pretty impressive for a phone with an FHD+ 120 Hz AMOLED display, a pretty speedy processor, and at least 8GB of RAM and 128GB of storage.

But a side-by-side comparison makes it clear that the Dimensity 8200 is a second-class citizen in MediaTek’s current lineup:

via press release and MediaTek