Taiwanese chip maker MediaTek is getting ready to launch its first 8-core processor. The MediaTek MT6592 is expected to hit the streets by the end of July. 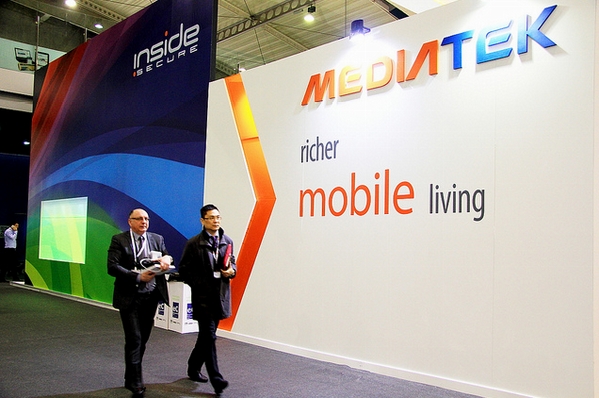 ARM’s Cortex-A7 design offers performance that’s on par with what you’d expect from the Cortex-A9 chips that have been common over the past few years, but they use less power. Most chips based on these designs so far have topped out at dual or quad-core configurations. The MT6592 is the first chip I’m aware of to feature 8 ARM Cortex-A7 cores.

While you’d think that adding more processors cores to a chip would be a sure-fire way to drain your battery more quickly, the opposite is often true. Multi-core smartphone and tablet chips are typically designed in ways that let you save power… unless you’re running a task which requires all of your cores to be running at full speed at the same time. Then your battery’s a goner.

For example, when you’re running a task that’s not optimized for multi-core chips, a processor can shut off the bits that aren’t in use. When a task is optimized, you can use multiple cores running at a lower clock speed to achieve the same performance as a single-core chip running at a higher frequency, which can save power. Or you can use more power… but use it for a shorter period of time and then return to a low power state.

Update: More details are now available at the MediaTek website.