Always Innovating is working on a tiny flying video camera called the MeCam. The camera is designed to follow you around and stream live video to your smartphone, allowing you to upload videos to YouTube, Facebook, or other sites.

And Always Innovating thinks the MeCam could eventually sell for just $49. 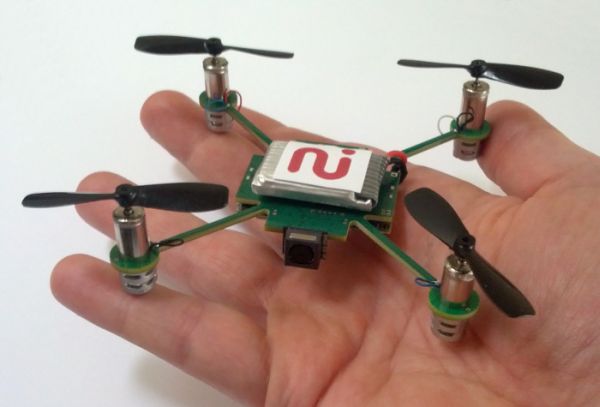 The camera is docked in a nano copter with 4 spinning rotors to keep it aloft. There are 14 different sensors which help the copter detect objects around it so it won’t bump into walls, people. or anything else.

Interestingly, there’s no remote control. Instead, you can control the MeCam in one of two ways. You can speak voice commands to tell it, for instance, to move up or down. Or you can enable the “follow-me” feature which tells the camera to just follow you around while shooting paparazzi-style video.

The MeCam features an Always Innovating module with an ARM Cortex-A9 processor, 1GB of RAM, WiFI, and Bluetooth.

The company hopes to license the design so that products based on the MeCam will hit the streets in early 2014.

If Always Innovating sounds familiar, that’s because it’s the same company that brought us the modular Touch Book and Smart Book products a few years ago.

If the MeCam name sounds familiar, on the other hand, it’s probably worth pointing out that the Always Innovating flying camera is not related the wearable camera that failed to come close to meeting its fundraising goals last year.

30 replies on “MeCam $49 flying camera concept follows you around, streams video to your phone”