Smartphones with slim bezels are all the rage these days. The Samsung Galaxy S8 grabs a lot of the bezel-free headlines these days, but the LG G6 also has pretty slim bezels. Xiaomi’s got a virtually bezel-free phone. And Chinese phone maker Elephone has a similar model on the way.

I guess what I’m saying is that just slapping together a phone with slim bezels isn’t necessarily enough to make a phone stand out anymore. But add a few other premium features like a 4,000 mAh battery, dual cameras, up to 128GB of storage, and 6GB of RAM? Now I’m paying attention.

Maze Mobile has just such a phone in the works. 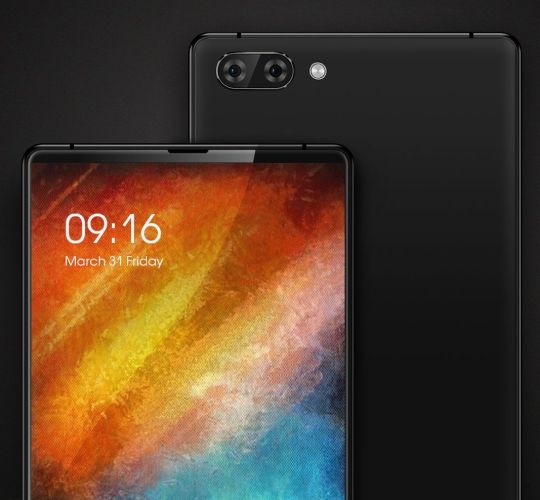 It’s called the Maze Alpha, and it also sports a 6 inch full HD display with 441 pixels per inch and an octa-core processor.

The company’s Facebook post says the rear camera system features a Sony 13MP image sensor and… something else. The company is asking for suggestions (would you rather have an optical zoom feature, a widescreen lens, or maybe just a camera that helps with focus and depth?)

In other words, it sounds like the Maze Alpha may still be a work in progress… which isn’t surprising since the company has released a few vague images, but no photos of a finished product.

The first is a 5.5 inch phone with a MediaTek MT6753 octa-core processor, 3GB of RAM, 32GB of storage, a fingerprint sensor and hybrid dual SIM/single SIM + microSD card support. It’s called the Maze Blade and it’s currently up for pre-order for $130.

Maze hasn’t announced pricing for the Alpha yet, but given that the Blade has surprisingly decent specs for a phone in that price range, I suspect the Alpha will be a lot cheaper than, say, a Samsung Galaxy S8.

It’s unclear if Maze plans to offer a model with full support for US wireless networks though, so you’ll probably want to keep an eye out for the list of supported GSM and LTE network bands before pulling out your wallet.

4 replies on “Maze Alpha is a big, slim-bezel, dual-camera smartphone”