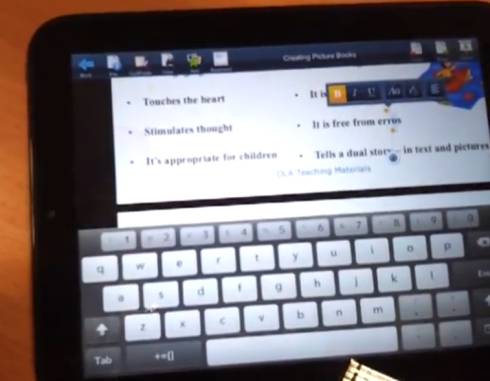 HP’s webOS mobile operating system certainly looks like its on life support. HP canceled all hardware products using the operating system including every HP smartphone and the recently released HP TouchPad tablet. But the company insists that webOS software still has a future. It’s just not really clear yet what that future is.

HP has expressed interest in licensing webOS to another computer are smartphone maker. The company could also continue to use webOS on its own products, such as PCs or printers. But any way you slice it, while webOS never gained the sort of market share that Android, iOS, or even Windows Phone or BlackBerry OS has, there are a fair number of people with webOS devices. There are probably at least a million HP TouchPad owners alone.

So it’s good to see that at least a few big name developers are still writing apps for the platform. Splashtop has announced that it will soon release a SplashTop Remote app for the TouchPad.

SplashTop Remote lets you login to a computer remotely using a phone, tablet, or another computer. The company already offers iOS and Android apps, priced at $5 or less. Now a version for the HP TouchPad is in the works.

Meanwhile Picsel is developing Picsel Smart Office for the HP TouchPad. It’s due out in October.

Apparently right now there are enough webOS users that developers have decided its worth the time and effort it takes to code apps for the platform. But if HP doesn’t find a way to get webOS onto additional devices, it’s likely that in a few years most current webOS users will move on and developers probably will as well. But for now… webOS lives on.

via Engadget and webOS Roundup