The Google Pixel C is a $499 tablet with a high-resolution display, an optional detachable keyboard, and Android software. But it’s possible the tablet wasn’t always meant to ship with Android.

Shortly before Google officially introduced the tablet, we learned that it was likely-named Ryu, and as I noted at the time, that’s the same name as a Chrome OS system Google started working with in mid-2014.

Now there’s even more evidence that the Pixel C was originally supposed to ship with Chrome OS, but that Google later opted to ship the tablet with Android instead. 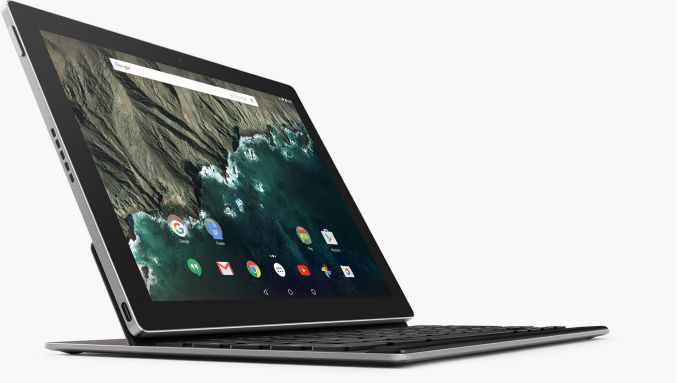 It’s been confirmed that Ryu is the code-name for the Pixel C’s software branch, and Ars Technica’s Ron Amadeo takes on a tour of the history of Ryu.

When we first saw the name, it was firmly associated with the source code for Chrome OS. But earlier this year Google started adding Android source code. This could have been a sign that Google was planning on delivering the Pixel C as a tablet that could dual-boot Android and Chrome OS.

Since Android is optimized for touchscreens and Chrome Os is optimized for notebook-style use, this would have offered the best of both worlds… at least until Chrome OS becomes more touch-friendly and/or Android gains more Chrome OS features such as support for multi-window apps and Chrome browser extensions.

That leads us to the product Google actually started shipping this week: a Pixel C tablet that runs pretty much the same software available for Nexus phones and tablets… minus a few features. The Pixel team acknowledged that some features weren’t ready to go at launch, so they’ll be coming later. That includes “OK Google” hotword detection when the screen is off… and eventually support for multi-window apps.

Amadeo’s conclusion is that with Google bringing Android and Chrome OS closer together, the company didn’t want to ship a premium, first-of-its kind Chrome OS tablet that could be used with or without a keyboard. So the company used its existing touch-friendly software instead… even if it’s not really optimized for laptop-style use yet.