The fanless PC specialists at Maxtang have revealed the NX6412-4L. It’s a compact, industrial computer powered by an Intel Elkhart Lake J6412 processor. 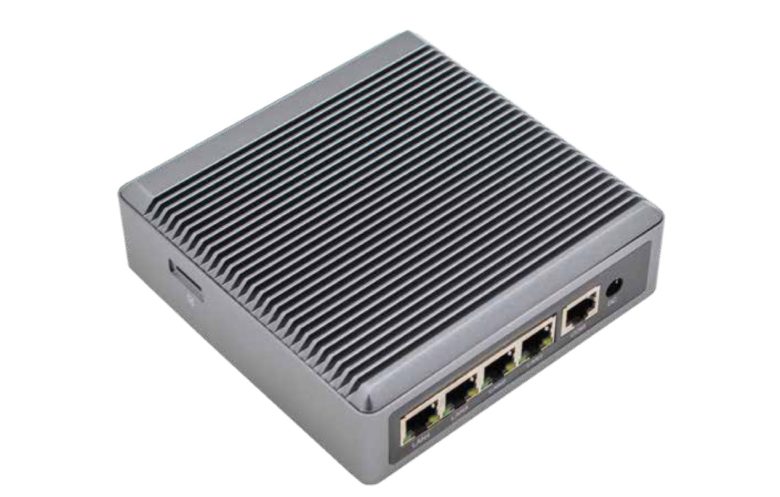 The 10-Watt J-series Celeron is clocked at 2.0Ghz and can burst up to 2.6Ghz. You can install up to 32GB of DDR4 memory in a single SODIMM socket. Storage can be added via an onboard m.2 slot and Maxtang has also made room for a 2.5-inch drive.

There’s no shortage of options when it comes to connectivity on the NX6412-4L. Above, you can see its four 2.5G Ethernet ports. Inside you’ll find a second m.2 slot that comes equipped with a combination Wi-Fi and Bluetooth card. It can be swapped out for a 4G module for applications that require a cellular connection and there’s a slot for a SIM card as well. 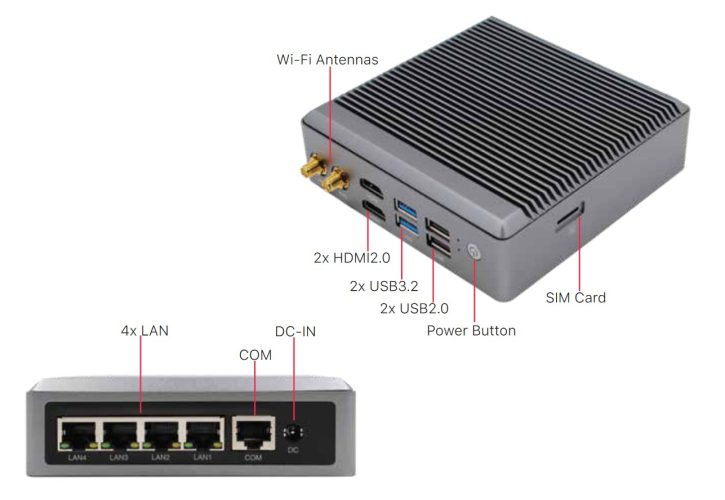 Around the corner from that slot you’ll find the power button and the system’s remaining ports. There are two USB 2.0 and two USB 3.2 ports as well as a pair of HDMI outputs.

The NX6412-4L measures 5 inches square and stands just 1.45 inches tall, making it easy to tuck in just about anywhere. It can even be attached to a VESA mount for seamless integration with monitors and stands.

Maxtang hasn’t announced pricing for the NX6412-4L yet. FanlessTech notes that its predecessor sold for around $280 on AliExpress and there’s a good chance that Maxtang will aim for a similar price with its updated version. The closest comparable right now is Maxtang’s dual-Ethernet NX6412. It’s listed in the official Maxtang store at just over $300 with 4GB of RAM and a 128GB SSD pre-installed.