Most wearable devices like smartwatches or fitness trackers need to be charged every few days, or every few weeks. But the makers of the Matrix PowerWatch are launching a crowdfunding project for an activity-tracking watch that you may never need to plug in at all.

That’s because the Matrix PowerWatch is designed to constantly charge itself while it’s being worn.

It does that by using thermoelectric technology that generates power from the difference in heat between the side of the watch touching your skin and the front of the watch, which is facing away. 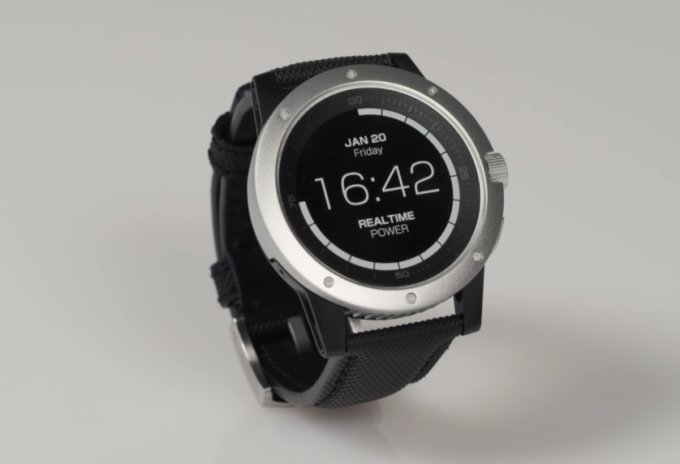 Matrix Industries isn’t the first to produce a device that generates electricity in this way, but the PowerWatch is one of the first thermoelectric products that uses body heat to charge a wearable device.

The amount of energy generated wouldn’t be nearly enough to charge a smartphone or other higher-power gadgets. But watches don’t need a lot of electricity. Other potential applications could include hearing ads or other low-power wearable medical devices.

Matrix is basically positioning its watch as a demonstation project for its technology, which it’s hoping to license to other device makers.

As for the watch itself, it’s expected to ship in the second half of 2017 with a retail price of about $170. Right now you can reserve one with an Indiegogo pledge of $139 or more, with a limited number of early rewards expected to ship in July, with more units shipping in September.

It’s a pretty basic device as far as smartwatches go: The PowerWatch is more of an activity tracker that happens to tell the time. The watch supports changeable watch faces and tracks steps, sleep, and swimming, among other activities

Matrix says the lack of charging ports made it easy to produce water-resistant watch, and this model is said to be able to handle depth of 60 meters.

It also has a few other basic features including timer and stopwatch functions, and the watch synchronizes with iPhone or Android phones to sync your stats. One interesting promise is a feature that “accurately measures the calories you burn,” since the watch is using thermoelectric technology to draw power from the heat coming off your body… that could make the calorie tracking a little more accurate than the estimates provided by other activity trackers, assuming caloric output can be properly measured from a device only touching your wrist.

When you take off the Matrix PowerWatch, it automatically goes into a sleep mode to save power.

Exercise or other activities that raise your skin temperature should cause the watch to charge faster, and the watch also has a meter that shows its charging status.

via IEEE Spectrum and CNET