The makers of the Matchstick TV streaming stick have decided to delay launch of their Firefox OS-powered device by about half a year.

While the team started shipping prototypes to developers in late 2014 and showed off demo units at the Consumer Electronics Shows in January, the developers have decided to update the hardware and retool the software before publicly releasing the device. 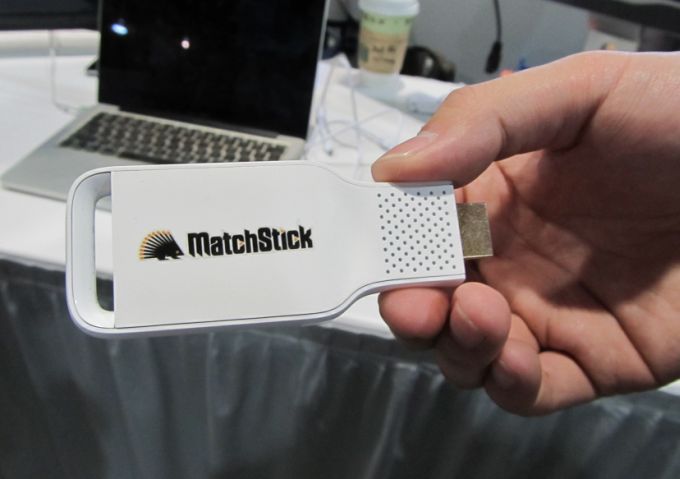 The Matchstick is a small device with an HDMI port on one end. It looks a bit like a Google Chromecast, and it’s designed to work in a similar way: plug it into your TV and you can stream content from the internet to your big screen while using your phone or other device as a remote control.

But while the Chromecast runs Google software, the MatchStick software is based on open source Firefox OS code which the developers say will make it more open to development and hacking.

In order to allow the Matchstick to run more powerful applications, the developers have decided to switch from a dual-core CPU to a quad-core chip. They’re also planning to improve WiFi performance by adjusting the antenna placement.

As for software, the new Matchstick will include support for DRM… and while Digital Rights Management might not be your favorite phrase, it does mean that the MatchStick will support services such as Netflix that require support for the feature.

The Matchstick team raised nearly half a million dollars through a Crowdfunding campaign on Kickstarter last year, and while the changes mean that the first production units won’t ship to backers of that campaign until August (they’d originally been expected to ship in February), there will be no additional cost: Folks who pledged $12, or $18, or $24 to get a Matchstick unit won’t have to pay anything extra to get a more powerful version. They’ll just have to wait longer than expected.

Here’s a closer look at the latest prototype showing what the original hardware could do: