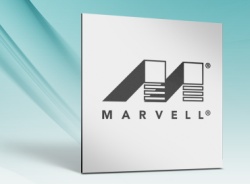 While Marvell does offer application processors, its current offerings aren’t as powerful (or common) as chips from competitors Qualcomm, NVIDIA, or Texas Instruments. According to information uncovered by SemiAccurate, however, it looks as though Marvell may be about to make a significant leap forward from the ARM v6/7 chips it currently produces. Sources indicate that Marvell is working on new built-from scratch chips that will mesh the extremely popular and widely-used ARM A9 core with much of the architectural muscle of the newer A15.

Because the company is licensing the ARM architecture and not merely utilizing stock designs, Marvell’s chip may bear some resemblance to Qualcomm’s Snapdragon and Krait processors.

The resulting chip could look like the AMD to other ARM manufacturers’ Intel: nearly identical performance at a substantial cost savings (when compared to straight-up A9s). It’s thought that Marvell’s chips will be extremely powerful and that quad-core (and more) are a very real possibility.

The more competitive the mobile processor market gets, the more innovative, powerful low-power devices we’re going to see. From smartphones, tablets, and eReaders to pluggable computers to energy-efficient ARM-based servers.

One reply on “Marvell set to shake up the mobile processor world?”