Maru OS is an operating system that lets you run Android software on your phone… and connect the same phone to an external display to run desktop Linux software.

An early build was unveiled in February. This summer the developer open sourced the project. And now there’s an updated version that makes the move from Android 5.1 to Android 6.0. 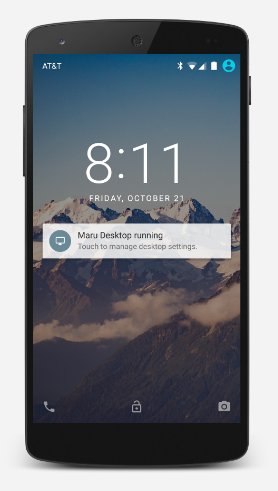 That smartphone from 2013 is the only one that’s officially supported. But there is a guide for developers looking to port the software to run on other devices.

The move to Android 6.0 means the operating system gets new security features and patches and improved power management, among other things.

But there are also some tweaks to the way Debian Linux runs on the machine. You can now start the Maru Desktop even if the phone isn’t plugged into an HDMI monitor. You won’t see the Linux-based operating system on the phone’s screen, but you’ll be able to run it as a headless server with support for ssh.

You can find out more about the project by visiting its page on Github or by checking out the Maru OS Google Groups for general users and developer.