You can do a lot of things on smartphones these days, but there are some things that are easier to do on a device with a big display and a full-sized keyboard. So most of us probably use multiple devices including phones, laptops, and maybe desktops or tablets.

In recent years there have been a number of attempts to offer what the folks behind Ubuntu Linux call “convergence,” or the ability to use a single device (like a phone) in multiple scenarios (by connecting an external display). Canonical may have scrapped plans to build its own Ubuntu Edge smartphone and Ubuntu Touch operating system, but third-party developers are keeping the dream alive. Samsung offers its DeX software. And back in 2016, developer Preetam D’Souza introduced Maru OS.

It’s a custom ROM that lets you run Android on a phone, but switch to a desktop GNU/Linux environment when you connect a display.

Today the team has released Maru 0.6 “Okinawa” with major updates to its Android and Linux software, support for more devices, and support for wireless display streaming. 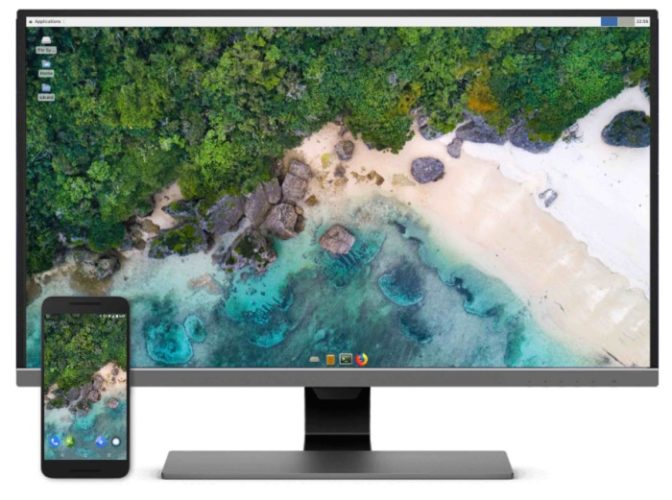 Here are a few of the key changes in the latest version of Maru OS:

Numbers three and four pave the way for porting Maru OS to run on a wider range of devices.

Previously the Google Nexus 5 was the only officially supported device. Now there’s also a download image for the Nexus 5X, making it the first supported smartphone that doesn’t have hardware support for HDMI output.

In the future we could see Maru ported to non-Google phones. LineagOS currently supports dozens of different devices, and developers have already begun working on bringing Maru to the Samsung Galaxy S9.

Maru 0.6 also includes improved support for keyboards and mice. In addition to Bluetooth peripherals, you can now connect USB input devices. And keyboards and mice should automatically switch between providing input for Android or Linux when you connect an external display.

D’Souza says a bug that prevented the operating system from making use of every CPU core has also been fixed, which should lead to performance enhancements.

7 replies on “Maru OS lets you use Android 8.1 on a phone, Debian 9 when you plug in display”