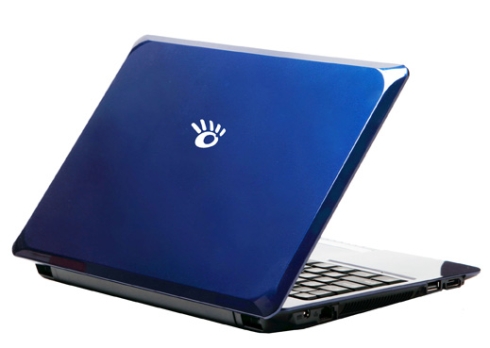 PC and component maker Manli has apparently introduced a new model called the Manli M7 Series in Italy which packs a 12.1 inch, 1366 x 768 pixel display and a 1.3GHz Intel Pentium SU4100 dual core CULV processor. I say apparently, because that’s what Notebook Italia is reporting, but according to the Manli web site, the M7 is a 10.1 inch netbook with a 1024 x 600 pixel display and an Atom N270 processor.

I’m not sure if this just a naming mixup, but I certainly hope that the notebook featured on Notebook Italia is real, because it looks like a nice little system. It measures just under an inch (25mm) thick and has a 6 cell, 6 hour battery. It will reportedly be available in February with a choice of Linux, Windows XP, or Windows 7.